Writing Flight Of A Starling

There seems to be a pattern to the way I write: I’ll be working on a book and there’ll be a nagging feeling that I should be writing something else. With Seed and Paper Butterflies the characters of both Pearl and June pestered me to write their stories until I gave in. With Flight Of A Starling, I found myself picking up my pen one day and out of nowhere came the first page. I ignored it for a while and went back to the book I was working on, but Lo and Rita – these two sisters who lived in the circus – had somehow wriggled under my skin and I knew I had to tell their story.

I think I’ve had a ‘circus book’ in me for years. I remember being fascinated by them as a child and thinking that one day I’d write about these elusive, skilled travelling people. It seems extraordinary to my adult self that I’ve done just that. Reality is taking a while to catch up with me and I still can’t believe that Egmont have taken me under their wing and made my stories into real books that I can hold.

From that first page, there was a strength in Lo and Rita’s relationship that I loved. I’m so close to my sisters and brother and love them to the ends of the earth, so I was drawn to the unbreakable bond that these two circus girls had. Yet I knew, straight away, that Lo had died. And I fought hard against that. Paper Butterflies broke me when I wrote it and I know many people have cried whilst reading it. I didn’t want anyone to think that I was just writing another traumatic book to follow this. I wanted Lo and Rita to have a happy ending, but I knew deep-down that this was the story that had to be told.

For want of a better word, the rest of this contains a ‘spoiler’, so you may want to stop reading now. For me, when I finished writing Flight Of A Starling, I wanted to be able to talk openly about the issues within it – and so I shall do so here.

When I was a young teacher – in fact in my first year of teaching – one of my Year 11 pupils took his own life. I can’t adequately explain the shock, the anguish, the intense despair that engulfed all of those who knew him. I’d had no idea about J’s inner turmoil – he was lovely, friendly, warm and he seemed happy and popular. I remember one day soon after he died a Year 9 girl came to talk to me, as she was trying and failing to make sense of the tragedy. She told me how he was always kind to the younger kids – that he was ‘one of the good guys’. J’s empty chair in the classroom was almost unbearable. The effects on his friends has been painful and far-reaching. I think the roots of Flight Of A Starling began at this time.

Suicide is complex and has many faces. Some people suffer untold mental anguish for years. Yet Lo isn’t like this. She doesn’t mean to kill herself – of that I’m absolutely sure. She’s an impulsive character and when difficulties momentarily swamp her, the pills are there and she takes them. It’s terrifying how a few paracetamol can cause irreparable damage. It only takes a handful and by the time you regret it, it’s too late. Lo knew that life was precious and wonderful and complicated, but in those few mad moments, she forgot. And when she remembered the next day, her organs were already shutting down and nothing could be done to save her. It’s a horrific, desperate way to die.

A friend of mine, a doctor who helped me with the medical parts of the book, has seen first hand the damage of paracetamol. She has seen – too many times – young people regret an overdose. She has travelled in an ambulance with a young woman to the King’s Hospital liver unit, with both of them knowing that in a few days this girl would die. What do you do, what do you say when it’s too late?

I would never want a book to preach – I never write with an intentional ‘message’. But if I have one hope with Flight Of A Starling it is this: that it might make someone stop and think and change their course. Then the tragedy of J’s dying will not be entirely in vain. 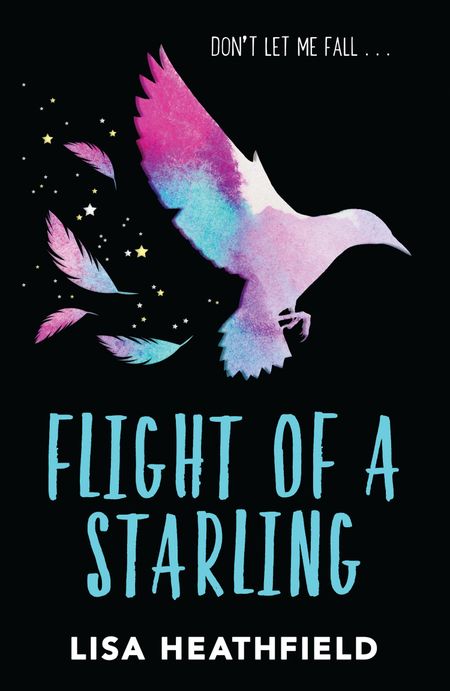 Egmont to Publish First Ever Dungeons and Dragons Annual

Jessica Jung, former lead singer of superstar group Girl’s Generation, is set to bring the hyper-colourful, hyper-competitive world of K-pop to life in her sparkling YA debut, in collaboration with Glasstown Entertainment. Read More