Winner of the Carnegie Medal 2019: The Poet X by Elizabeth Acevedo

The winners of the prestigious CILIP Carnegie and Kate Greenaway Medals, the UK’s oldest book awards for children and young people, have today been revealed at a ceremony at The British Library, hosted by broadcaster and writer Konnie Huq.

The Poet X by Elizabeth Acevedo scoops the Carnegie Medal for writing, whilst The Lost Words illustrated by Jackie Morris and written by Robert Macfarlane takes the Kate Greenaway Medal for illustration.

They have been chosen by 14 volunteer Youth Librarians, from over 254 nominations this year, as the very best in children’s writing and illustration published in the UK.

It is the first time in the Medals history that both winning titles have been written in verse: in The Poet X, in verse influenced by slam poetry; in The Lost Words, in the form of spells. Only one verse novel has previously won the Carnegie Medal: Sarah Crossan’s One, in 2016.

In both cases, the books use verse to create space for forgotten or marginalised voices and words.

Acevedo conceived The Poet X whilst working as an English teacher at a secondary school in Maryland, USA. The daughter of Dominican immigrants, she realised that most of the books she had been teaching didn’t contain characters of colour that reflected the pupils she worked with, and that this feeling of being unseen consequently led to a marked disinterest in reading.

In her speech, Elizabeth Acevedo paid credit to a particular student who inspired her to write the book: ‘I felt like this student had given me a challenge, or at least permission to grab the baton. She gave me permission to write a story about young people who take up space, who do not make themselves small, who learn the power of their own words.’

Closing her speech with an empowering poem celebrating girls of colour, Acevedo said: ‘I think we should have poetry in every room as much as possible, and because I fundamentally believe in Dr. Rudine Sims Bishop’s words that children’s literature should be a mirror and a window.’

You can watch Elizabeth’s winner speech on Youtube or below:

In a speech that paid tribute to the recently departed John Burningham and Judith Kerr, Chair of judges Alison Brumwell praised the immeasurable, lasting impact children’s books and illustration have on our minds, both as young people and later as adults. ‘2019 marks the 30th anniversary of the UN Convention on the Rights of the Child. The right to an education and to be able to read are fundamentals.

We know how much power a book holds between its covers. This year’s two Medals winners are a case in point, each offering a rich, layered reading experience and an enduring power to inspire.

Xiomara comes to life on every page and shows the reader how girls and women can learn to inhabit, and love, their own skin. This is a powerful novel on every level:  its vivid evocation of a Harlem neighbourhood, the challenges, disappointments and often misdirected love of motherhood and intimate glimpses of a young woman’s interior life are laid bare for the reader. The novel’s inventive use of language celebrates life and Dominican heritage.’

This new award has evolved out of CILIP’s recent Diversity Review, which identified opportunities to empower and celebrate the young people involved in the Medals through the shadowing scheme by giving them a more significant voice and visible presence in the process and prize giving.

In recognition of the 30th Anniversary of the UN Convention on the Rights of the Child, 17-year-old Serena Jemmett, a youth activist for Amnesty International UK, also spoke at the ceremony about the importance of young people’s right to a voice.

Amnesty International UK continues to support the Medals in partnership with CILIP, providing educational resources and training to raise awareness and understanding of the power of children’s books to explore human rights, encourage empathy and empower young people to stand up and make a difference.

The 2019 CILIP Carnegie and Kate Greenaway Medals are sponsored by Peters and ALCS, and funded by Carnegie UK Trust. 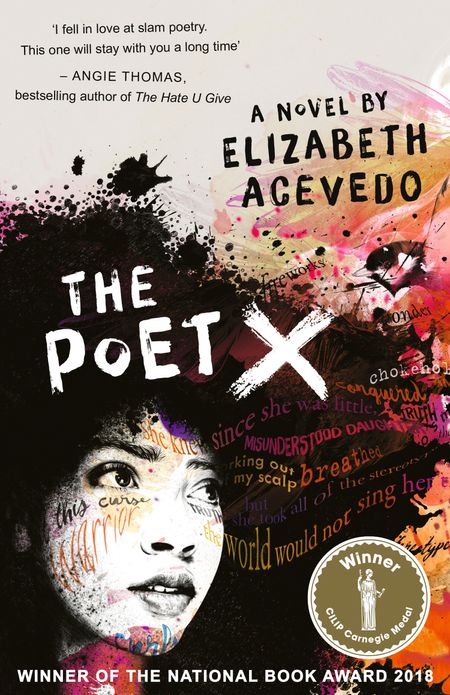