We’re so excited to share the epic, apocalyptic trailer for Netflix’s adaptation of Max Brallier’s The Last Kids on Earth book series.

On 17 September 2019, Netflix will be premiering the brand new animated serialisation of The Last Kids on Earth – the hilarious and zombie filled children’s series from author Max Brallier.

You can watch the brand new trailer here or on YouTube.

To tie-in with the thrilling TV series, Egmont released new editions of Max’s series, complete with Douglas Holgate’s cover and inside illustrations, out now.

There’s no better way to celebrate these fun new editions than to send Max a very special delivery. You can watch his reaction as he unboxed the books and saw that for the very first time.

About The Last Kids on Earth

‘Forty-two days ago I was an ordinary kid, living an uneventful life. But now it’s TOTAL MONSTER ZOMBIE CHAOS and I’m battling beasts on a daily basis. Crazy, right? But I know exactly how to make it through the zombie apocalypse.’

Meet Jack Sullivan, self-described as a late-blooming 13-year-old who has so far survived the zombie apocalypse by hiding out in his treehouse. Overnight Jack’s life has become like the plot of a video game and he has come up with his own ULTIMATE FEATS OF APOCALYPTIC SUCCESS:

With hilarious, action-filled illustrations from Douglas Holgate bringing the story to life on every page, The Last Kids on Earth is perfect for zombie-hunters 8 years and upwards. 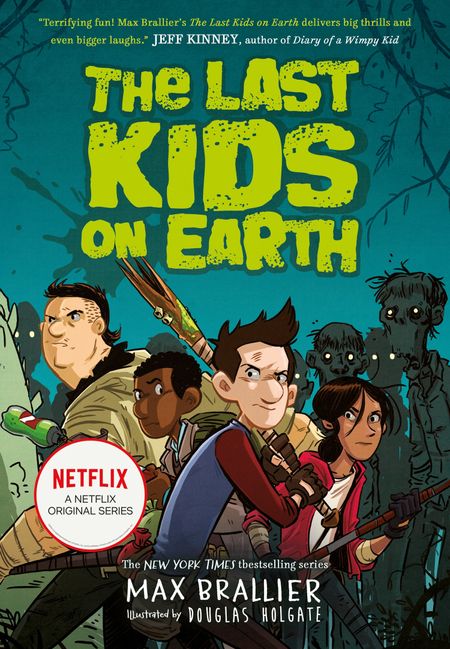