Jeremy Lachlan, author of the new novel The Cradle of All Worlds: The Jane Doe Chronicles, tells us a little about the inspiration behind his debut novel – and the importance of play.

People often ask me how I came up with the idea for The Cradle of All Worlds. What was I doing? Where was I? When did it all start? I can tell them the precise moment, too. I was wandering around the Cairo Museum, in January 2007, a little bit lost, only half-heartedly looking for my tour group, because I actually enjoy getting a little bit lost in museums.

But that isn’t the whole story. The truth is, the seeds for Jane’s Cradle quest were planted long before then, way back when I was kid. I just didn’t know it at the time.

I grew up in Griffith, a country town in Australia. Wide streets, big skies, an over-grown abandoned quarry out the back. ‘The hill,’ we called it. In winter, it was a playground of cliffs, boulders, caves and (before the drought set in) plump carpets of rain-soaked moss. We’d go to school, we’d come home, we’d go up the hill and play. In summer, it was off-limits because of the snakes. Eastern Browns. Second deadliest in the world, I think. Instead, we played mini-cricket in the neighbour’s driveway, and Marco Polo in the pool.

We spent a lot of time outside, which was great, but part of me loved being inside even more. Inside, I got to read books and watch TV. Mostly – and I may get in trouble for saying this, being an author and all – I wanted to watch TV. Indiana Jones. The Wizard of Oz. Loony Tunes. The Mysterious Cities of Gold. Voltron. Star Wars. I loved them all. When I was really little, I actually asked my mum if I could change my name to He-Man or Astro-Boy. Thankfully, she said no. I loved books. I read a lot. But TV was my jam.

Thing is, watching the stories was never enough. The shows would finish (or Mum would kick me out of the lounge room) and I’d always want more. So, I did what most kids do: I brought them into my own world. I’d spend hours crafting and performing elaborate adventures with my rag-tag bunch of action figures around the house. Inspector Gadget teamed up with the Ninja Turtles. Care Bears battled Skeletor. Ghostbusters joined forces with Optimus Prime to save the Muppet Babies from a motley crew of She-Ra henchmen.

Cross-overs were essential, plot-twists inevitable, and the settings always changed. It may have looked the same to everyone else, but my bedroom transformed daily, from an abandoned mine to a booby-trapped mountaintop temple to a volcanic crater spewing lava all over the house (thank goodness for cushions). If I had friends over, we’d invariably ditch the toys and become the heroes ourselves.

Maybe you’ve never heard of some of these shows I’m talking about, but trust me when I say they were amazing. A few of them may not have aged well, but back then, they were my world. I know now they were teaching me, giving me the tools I needed to become the writer I am today. They thrilled me, made me laugh, scared me. They taught me about character, plot and structure. They fuelled my imagination. They inspired me.

How did I come up with the idea for The Cradle of All Worlds? By reading, watching, playing. It wasn’t one spark of an idea. It was a lifetime of them, gifted to me by other writers, other artists, other creators. So get out there. Read. Watch. Most importantly, play. Make those stories your own. You never know where those flights of fancy can take you.

The Cradle of All Worlds: The Jane Doe Chronicles

Fourteen years ago, Jane Doe and her father arrived on the steps of the Manor – the entrance to a dangerous labyrinth connecting the island of Bluehaven to many other worlds. That was the same night the earthquakes started, and Jane and her silent, troubled father, John have been feared and despised ever since. When the strongest quake yet strikes and John disappears back into the Manor, Jane embarks on a perilous adventure to find her father and save her world – perhaps all worlds – from destruction…

Buy The Cradle of All Worlds now. 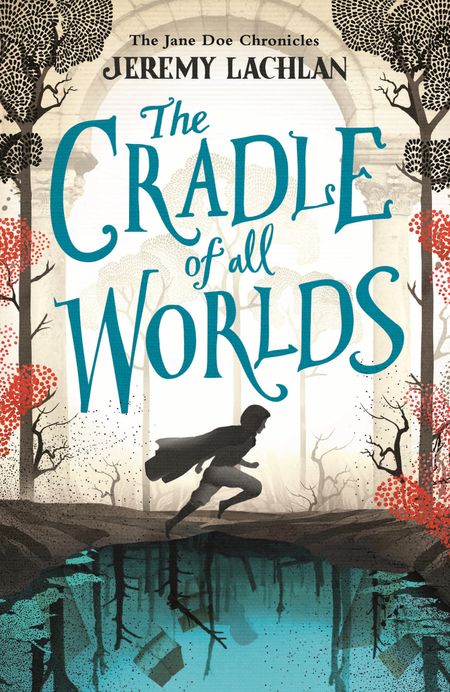