When you think you’ve finished something, run as far and as fast from it as you can (forget it completely if possible), so that you may return to it a stranger, and read it with a stranger’s critical eye.

When it comes to murdering your darlings, be creative – despatch each in the manner of a Gashlycrumb Tiny, and something else will pop up to take its place.

If you don’t write ideas down and forget them don’t worry – they weren’t as shiny as they seemed at first. If you think of the perfect sentence and haven’t a means of recording it to hand, stop at nothing to remedy that. If necessary have it tattooed on the nearest obliging passer-by.

Simon Puttock was born in New Zealand and, as a child, wanted to be a vet or an archaeologist.

Instead, and after some considerable time and doing other stuff, he became a full-time writer.

He has written over 40 books for children and has won several awards, including the 2016 Scottish Children’s Book Award for Mouse’s First Night at Moonlight School.

The Thing, published by Egmont on 01 June 2017, is a captivating picture book by writer Simon Puttock and illustrator Daniel Egnéus.

One day, the Thing falls from the sky and four strangers stumble across it. Together they decide to work together to take care of the Thing. But before long a media circus builds up around the creature they are protecting and the debate about the Thing spreads far around the world.

The Thing is a story about thoughtfulness, an adventure in friendship, and an intriguing and gentle social commentary on the search for meaning in modern life.

National Novel Writing Month (NaNoWriMo), is an annual, online creative writing project that takes place every November. Around the world, people of all ages try to write a 50,000 word manuscript between 01 and 30 November, while gaining support from other writers and NaNoWriMo participants. Find out more on the NaNoWriMo website.
[featured_books hide=”1″ isbns=’9781405283717′ title=’Simon Puttock books’] 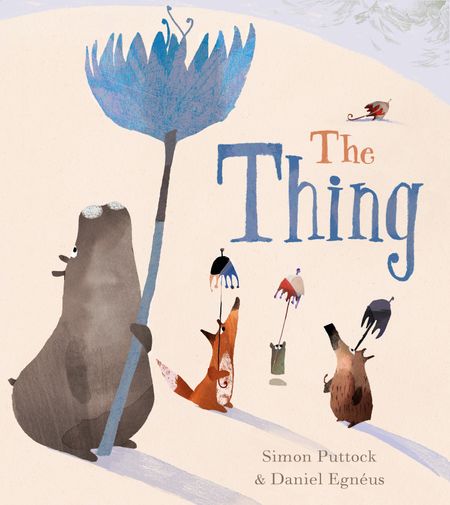 Written for his younger brother and sister in response to the Covid-19 pandemic, The Great Realisation by Tomos Roberts (Tomfoolery) is as timely as it is timeless. Read More

Egmont Publishing is delighted to announce the acquisition of Kittens on Dinosaurs, written and illustrated by Michael Slack.  Read More