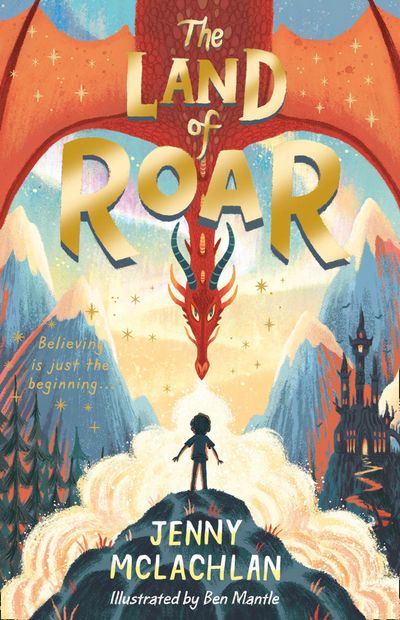 The new middle-grade fantasy that will make you believe in magic!

When Arthur and Rose were little, they were heroes in the Land of Roar, an imaginary world that they found by climbing through the folding bed in their grandad’s attic. Roar was filled with things they loved – dragons, mermaids, ninja wizards and adventure – as well as things that scared them (including a very creepy scarecrow…)

Now the twins are eleven, Roar is just a memory. But when they help Grandad clean out the attic, Arthur is horrified as Grandad is pulled into the folding bed and vanishes. Is he playing a joke? Or is Roar … real?

The Land of Roar is reminiscent of Peter Pan, The Neverending Story and Jumanji – perfect for readers of Nevermoor and Wizards of Once.

Jenny McLachlan is the author of several acclaimed teen novels including Flirty Dancing, Stargazing for Beginners and Truly, Wildly, Deeply. Before Jenny became a writer, she was Head of English in a secondary school; she now loves visiting schools as an author and delivering funny and inspiring talks and workshops. When Jenny isn’t thinking about stories or writing stories, she enjoys living by the seaside, cycling and running over the South Downs. The Land of Roar is Jenny’s middle-grade debut.

The new middle-grade fantasy that will make you believe in magic!