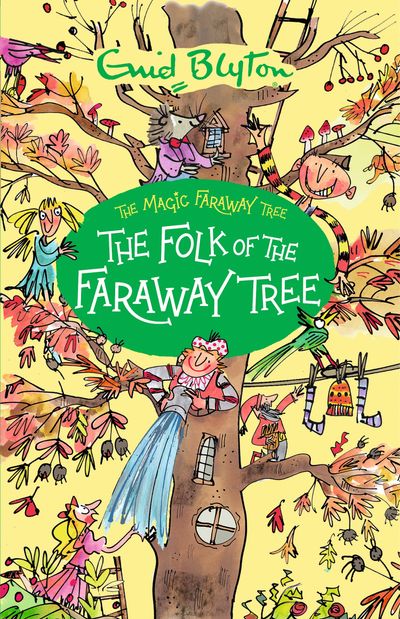 Come on a journey full of magic and adventure!

When family friend, Connie, comes to stay, neither Joe, Beth nor Frannie are very impressed. Not only is Connie quite bossy but she also refuses to believe in the Magic Faraway Tree – until she meets Moon-Face, Saucepan Man and Silky the fairy! But when the Faraway Tree starts to fade, nobody knows what’s wrong and even Connie is worried. What can they do to save it?

Look out, as well, for the Blyton Colour Reads series. Chock full of vibrant colour illustrations from Alex Paterson, these are the perfect way to introduce The Magic Faraway Tree adventures to children aged five and up.

ENID BLYTON is arguably the most famous children’s author of all time, thanks to series such as The Magic Faraway Tree, The Wishing-Chair series, The Mysteries, Famous Five and The Secret Seven. Her fantasy books, particularly The Magic Faraway Tree are among her most popular creations and they promise to enchant boys and girls for generations to come.

Enid Blyton takes her place alongside Roald Dahl, Beatrix Potter, and A. A. Milne as one of Britain’s true heritage children’s authors. She remains one of the world’s best-loved storytellers and is consistently voted a children’s favourite in reader polls.

Come on a journey full of magic and adventure!