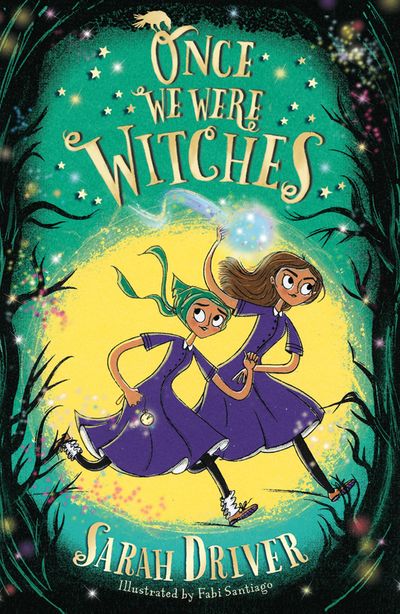 Once We Were Witches

A spellbinding new middle grade series crackling with magic and adventure, perfect for fans of Starfell, Nevermoor and A Pinch of Magic.

Thirteen years ago, magic was banished and the witches were hunted. Sisters Spel and Egg are the daughters of witches, but they grow up in Miss Mouldheel’s School for Wicked Girls with no idea who they really are. Until the day the message arrives telling them to run …

The message sends them to a funeral parlour in a far away village and their new guardian, the Undertaker, has a secret. Beneath the funeral parlour is a portal to the Other Ways four worlds that lie parallel to ours. When Egg vanishes through the portal, Spel knows she must try to save her sister. But no one can step between the worlds or can they?

PRAISE FOR THE HUNTRESS

Sea
‘A glorious world, a wild adventure and a fierce heroine. I can’t stop thinking about this book!’ – Robin Stevens, author of Murder Most Unladylike

As well as writing magical books for children Sarah Driver is also a qualified nurse and midwife. She is a graduate of the Bath Spa Writing for Young People MA, during which she won the Most Promising Writer prize. She is the author of the critically-acclaimed fantasy adventure trilogy, The Huntress. Sarah was born in West Sussex, where she still lives close to the sea with her street-wise ginger cat and her miniature lop-eared bunny.

Fabi Santiago is the author and illustrator of Tiger in a Tutu, which was shortlisted for the Waterstones Children’s Book Prize. After studying art and design in Rio de Janeiro, Fabi she graduated with an MA in Children’s Book Illustration at the Cambridge School of Art. Fabi’s illustrations are full of movement and bold limited colours, and her medium of choice is screen-printing. She lives in London and has two cats, Daisy and Bear.

Once We Were Witches

A spellbinding new middle grade series crackling with magic and adventure, perfect for fans of Starfell, Nevermoor and A Pinch of Magic.