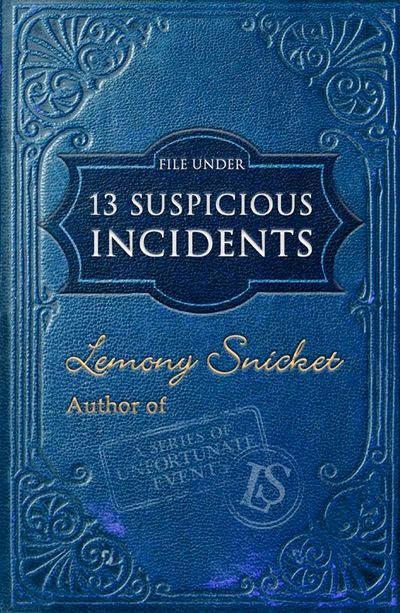 Before the Baudelaires became orphans, before he encountered A Series of Unfortunate Events, even before the invention of Netflix, Lemony Snicket was a boy discovering the mysteries of the world.

Paintings have been falling off of walls, a loud and loyal dog has gone missing, a specter has been seen walking the pier at midnight – strange things are happening all over the town of Stain’d-By-The-Sea. Called upon to investigate thirteen suspicious incidents, young Lemony Snicket collects clues, questions witnesses, and cracks every case. Join the investigation and tackle the mysteries alongside Snicket, then turn to the back of the book to see the solution revealed.

Lemony’s other literary outings in, ‘A Series of Unfortunate Events’ have sold 60 million copies worldwide and been made into hit Netflix series.

Have you read all four mysterious titles in the Wrong Questions series?

‘Who Could That Be at the This Hour?’

‘When Did You See Her Last?’

‘Shouldn’t You Be in School?’

‘Why is This Night Different from All Other Nights?’

Author Lemony Snicket was born before you were and is likely to die before you as well. He was born in a small town where the inhabitants were suspicious and prone to riot. He grew up near the sea and currently lives beneath it. Until recently, he was living somewhere else. He is a broken man, wracked with misery and despair as a result of writing ‘A Series of Unfortunate Events’. He spends his days wandering the countryside weeping and moaning and his evenings eating hastily-prepared meals.

Before the Baudelaires became orphans, before he encountered A Series of Unfortunate Events, even before the invention of Netflix, Lemony Snicket was a boy discovering the mysteries of the world.