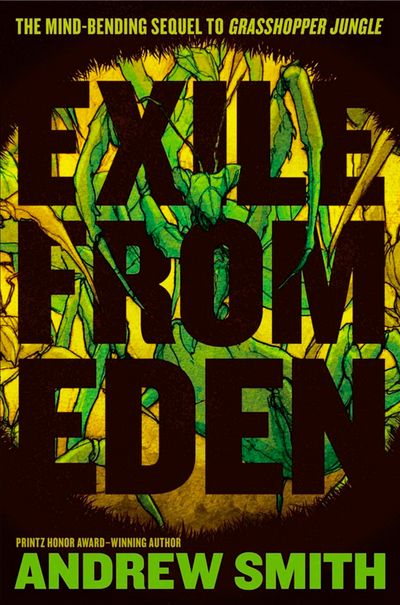 The highly anticipated sequel to the cult classic Grasshopper Jungle

Several years on, Austin, Robby and a very small group of others have managed to survive. In their underground bunker, life is small – but they are safe. Just about. But is everything about to change again?

‘If you only read one book this year about sexually confused teens battling 6 foot tall head-chomping praying mantises in small town America, make it this one.’ Charlie Higson, author of the bestselling Young Bond series.

‘Not for the faint-hearted. Mutant grasshoppers, rampant lust – a tale of teen self discovery that grips like a mating mantis.’ Metro

Andrew Smith has always wanted to be a writer. After graduating college, he wrote for newspapers and radio stations, but found it wasn’t the kind of writing he’d dreamed about doing. Born with an impulse to travel, Smith, the son of an immigrant, bounced around the world and from job to job, before settling down in Southern California. There, he got his first ‘real job’, as a teacher in an alternative educational program for at-risk teens, married, and moved to a rural mountain location. Smith has now written several award-winning YA novels including Winger, Stick, and Grasshopper Jungle.

The highly anticipated sequel to the cult classic Grasshopper Jungle