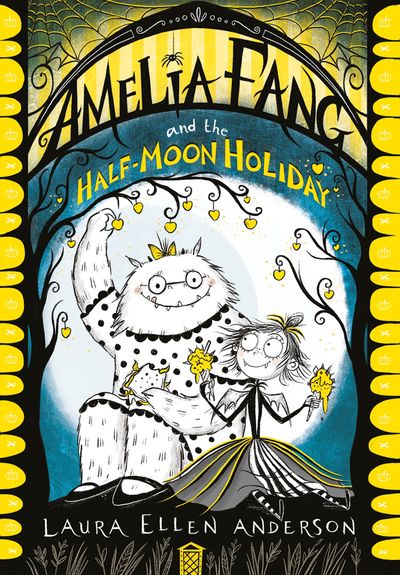 The bravest little vampire in the kingdom

It’s the half-moon holidays in gloomy Nocturnia which means no school for Amelia and her friends! Instead they are going to spend it with their Rainbow Rangers troop, (lead by unicorns Ricky and Graham) earning badges on Sugar Plum Island.

Sink your teeth into Amelia’s other howlingly hilarious adventures:

Amelia Fang is perfect for readers of 7+ and fans of Witch Wars, The Worst Witch and Isadora Moon

When she’s not trying to take over the world or fighting sock-stealing monsters, Laura Ellen Andersonis a professional children’s book author & illustrator, with an increasing addiction to coffee. She spends every waking hour creating and drawing, and would quite like to live on the moon when humans finally make it possible. Laura is the creator of EVIL EMPEROR PENGUIN and illustrator of WITCH WARS, as well as many other children’s books. AMELIA FANG is her first series as author-illustrator.

The bravest little vampire in the kingdom