Egmont Publishing are thrilled to announce an exciting new acquisition based on a tweet from designer and illustrator Jack Noel.

These reimagined classics with abridged texts, two-colour insides and Jack’s bright, funny and accessible artwork and annotations will bring the adventures of Pip, Jim Hawkins and Sherlock Holmes to life for a new generation of readers.

Great Expectations will publish in April 2020, followed by Treasure Island in August 2020 and The Hound of the Baskervilles in February 2021 with Jack continuing to share spreads and characters on social media in the lead up to publication.

Liz Bankes said: ‘We have more than great expectations for this series, and could not be more thrilled to be working with Jack (as well as the ghosts of Charles Dickens, Robert Louis Stevenson and Sir Arthur Conan Doyle) on these hilarious new editions of classic stories.

Jack’s brilliant vision for this project leapt off the screen from that first excellent tweet, and we cannot wait for readers to meet his versions of Pip, Jim Hawkins and Sherlock Holmes!’

Jack Noel said: ‘I love boring old books like Great Expectations and Treasure Island, but I also love funny kid’s books like Mr Gum and Barry Loser. It’s so great to be able to work with the publishers of the latter to make fun new versions of the former.

Dickens, Stevenson and Doyle are fantastic authors to work with. They are all three hugely talented writers and storytellers. They’re also dead. I can’t wait to introduce the world to my doodle-versions of Sherlock, Captain Flint, Magwitch and the rest!’

Jack Noel has worked as a book designer for publishers including Walker and Simon & Schuster, and is now a full-time designer, author and illustrator, currently living in Mallorca. 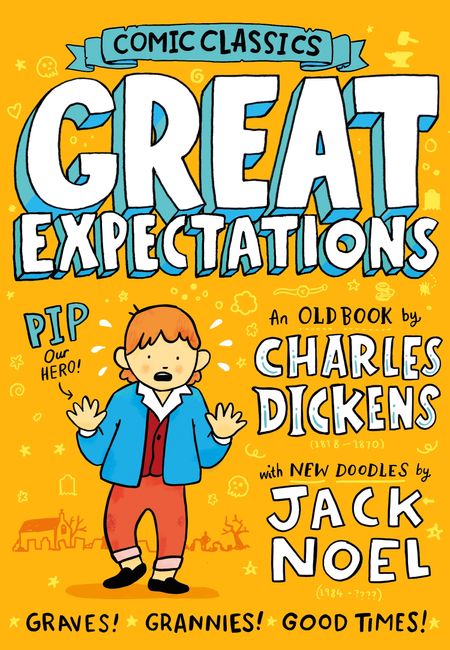