From Super Keel to Super Weird: Brand new series from the bestselling author of Barry Loser

Egmont have signed a hilarious new series from award-winning author Jim Smith that you donut want to miss. Super Weird! Mysteries will combine Smith’s trademark observational humour and distinctive artwork with a detective hook and a supernatural twist.

The first book, Danger at Donut Diner will publish on 06 February 2020, with two further adventures planned to follow in August 2020 and February 2021.

The new series will follow a detective duo on their adventures on Donut – a perfectly round island with a hole in the middle. New boy Melvin teams up with Rhubarb, a mystery superfan, to investigate the sudden super weird behaviour of their classmates.

Could it be something to do with the Donut Hole Monsters that everyone is collecting? Soon Melvin and Rhubarb are on the trail of a mystery – one that leads them right into the centre of the donut hole.

Smith’s two previous series, Barry Loser and Future Ratboy, have sold 750,000 copies in the English language and have sold in 17 languages. He has won the Roald Dahl Funny Prize, the Scholastic Laugh Out Loud Awards and has been shortlisted for the Waterstones Children’s Book Prize.

This new series will appeal to his existing dedicated readers and attract a whole new legion of fans.

Liz Bankes said: ‘We are super-excited to welcome the Super Weird gang to Egmont and to continue our super-awesome partnership with the super-SUPER Jim Smith!

This is a comedy mystery series as only Jim could imagine it, and with his unique brand of humour and artwork style, these books will be playground essentials for Barry fans and beyond.’

Jim Smith said: ‘It’s been super cool coming up with a whole new universe to set my stories in, and I’m especially excited about my new trademark *smaller* noses. I don’t know about everyone else, but I’ve had it up to here with big hooters. I’m already best friends with all my new characters and can’t wait to write their next Super Weird adventure!’

He graduated from art school with first class honours (the best you can get) and is the author of the Roald Dahl Funny Prize-winning and bestselling BARRY LOSER series and the Lollies Award-winning FUTURE RATBOY series.

You can look forward to discovering A Super Weird! Mystery: Danger at Donut Diner when it publishes on 06 February 2020 – available to pre-order now. 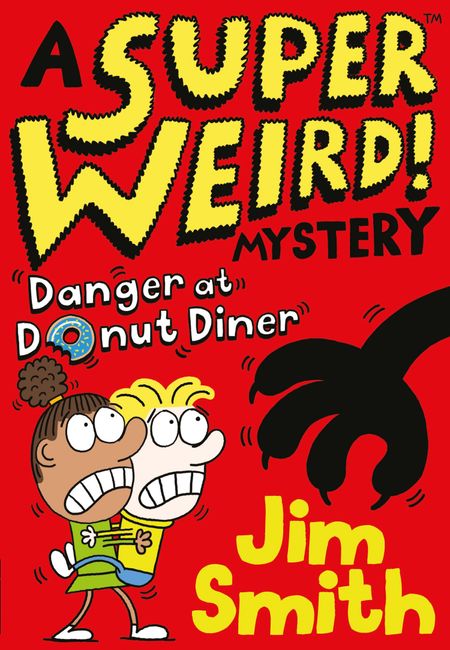