Egmont to publish The Land of Roar by Jenny McLachlan

Egmont Publishing is thrilled to announce its acquisition of two books in a standout new middle-grade fantasy adventure series, The Land of Roar from acclaimed author Jenny McLachlan.

The Land of Roar centres around twins Arthur and Rose Trout, who discover that the imaginary world of their childhood is real.

When Arthur and Rose were little, they were heroes in The Land of Roar, an imaginary world that they found by climbing through the folding bed in their grandad’s attic. Roar was filled with things they loved – dragons, mermaids, ninja wizards and adventure – as well as things that scared them (including a particularly creepy scarecrow).

Now the twins are 11, Roar is just a memory. Arthur and Rose don’t play together now Rose is too cool and Arthur is wrapped up in his worries about starting secondary school. But when they help Grandad clean out the attic Arthur is horrified as Grandad is pulled into the folding bed and vanishes. Is he playing a joke? Or is Roar… real?

Jenny McLachlan said: ‘I’m absolutely thrilled: Egmont is the perfect home for The Land of Roar and Ben’s illustrations are just magical. I can’t wait until children have the book in their hands and the adventure can begin!’

Jenny McLachlan is the author of several acclaimed teen novels including Flirty Dancing, Stargazing for Beginners and Truly, Wildly, Deeply. Before Jenny became a writer, she was Head of English in a secondary school; she now loves visiting schools as an author and delivering funny and inspiring talks and workshops. When Jenny isn’t thinking about stories or writing stories, she enjoys living by the seaside, cycling and running over the South Downs. The Land of Roar is Jenny’s middle-grade debut.

The Land of Roar is illustrated by Ben Mantle, with special finishes galore like flaps, colour maps and stunning internal artwork. The first book will be published on 05 September 2019 in a beautiful paperback edition, perfect for giving as a gift.

Ali Dougal, Fiction Publishing Director at Egmont, struck the deal for world rights with Julia Churchill of AM Heath with a swift six-figure pre-empt. The release of The Land of Roar will be supported by a far-reaching marketing and PR campaign, and is Egmont’s biggest fiction title for Frankfurt Book Fair 2018.

Ali Dougal said: ‘We’ve been searching for something as magical, uplifting and funny as this for some time, and Julia’s pitch email was so strong that I shared the script with the whole team immediately, including our colleagues at Hardie Grant Egmont in Australia, who we’ll be collaborating with across creative, marketing and PR. In The Land of Roar, you truly feel like you’ve stepped inside a child’s imagination – we knew very quickly that this was something we had to win. We have significant international interest already, with people desperate to get their hands on the script.’

Marisa Pintado, Publishing Director at Hardie Grant Egmont, said: ‘My colleagues and I were instantly smitten with The Land of Roar and we can’t wait to share the magic with Australian readers in 2019. Reading it took me back to that feeling of watching The Neverending Story for the first time – utter absorption and rapture, my eyes glued to every magical twist until the triumphant and heartwarming end.’ 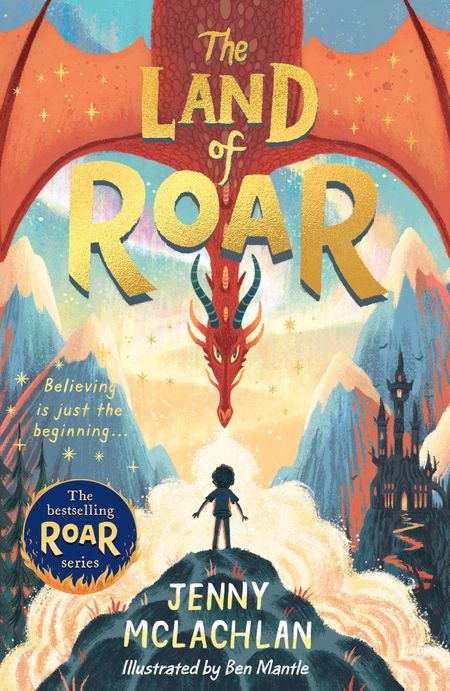