The first of Jackson’s YA thrillers, A Good Girl’s Guide to Murder, will publish on 19 May 2019. A second stand-alone title will follow in 2020.

Family justice and prejudice lie at the heart of A Good Girl’s Guide to Murder. Pippa Fitz-Adeleke has grown up in a small town consumed by the murder of a local school girl. When she decides to re-examine the closed case for a school project, Pippa uncovers dangerous secrets that begin to threaten her own world.

Jackson’s thrilling pace is combined with a darkly humorous narrative to create a chilling, yet addictive, plot.

Lindsey Heaven, Editorial Director, said: ‘Holly is a stunning new voice in YA thriller fiction. A Good Girl’s Guide to Murder is as addictive as the Serial podcasts and as hooky and clever as the very best crime blockbusters. Every plot twist had the entire team enthralled and WhatsApping each other throughout the night! We’re very proud to have Holly and this book on our Electric Monkey list.’

Holly Jackson said: ‘The story of a precocious student and her project on an old murder case has sat with me ever since (like everyone else) I became obsessed with the Serial podcast and the Netflix show Making a Murderer. And I am beyond excited that A Good Girl’s Guide to Murder has found its perfect home with the amazing team at Egmont.’

Holly Jackson is 26 years old. She grew up in Buckinghamshire and started writing stories from a young age, completing her first attempt at a novel aged fifteen. She graduated from the University of Nottingham with a 1st class degree and a Master’s in English, focusing on the areas of literary linguistics and creative writing.

She lives in London and her hobbies include binge-playing video games and pointing out grammatical errors in street signs. She can be found on Twitter.

A Good Girl’s Guide to Murder by Holly Jackson publishes 19th May 2019. 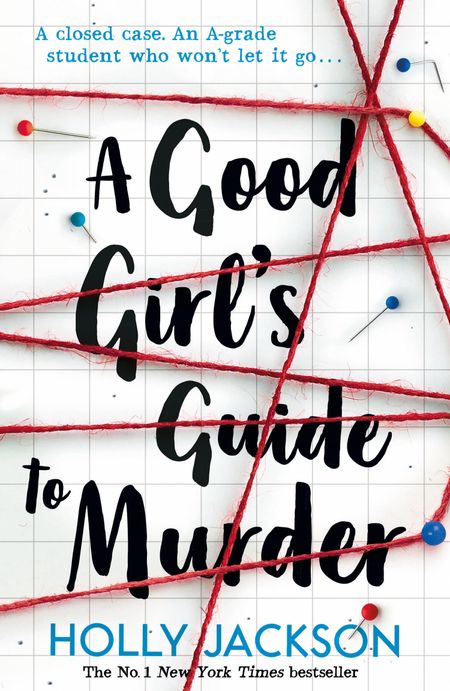