Egmont over the moon to launch new series from Aisha Bushby

Egmont Publishing are launching a new series from award-winning writer Aisha Bushby and are delighted to also announce the acquisition of a further two books from Bushby. With a string of award nominations, Aisha’s debut novel, A Pocketful of Stars (Aug 2019) is longlisted for the Branford Boase and shortlisted for the Federation of Children’s Book Groups Award 2020. Sarah Levison, Fiction Senior Editor at Egmont Publishing, signed the deal with Claire Wilson at Rogers, Coleridge & White for World English rights.

Launching the Moonchild series, Voyage of the Lost and Found publishes in August 2020, with a second novel publishing in June the following year and a further untitled book in Spring 2022. The first book in the Moonchild series will be fully illustrated by Rachael Dean.

The Sahar Peninsula lies just beyond the horizon, but it isn’t the easiest place to get to. No maps will take you there, nor can it be charted by gazing up at the stars, or down at a compass…

Inspired by the tales of The Arabian Nights, the Moonchild series tell the stories of a group of children and their jinn – magical animal companions – as they seek to discover the mysterious secrets that bind them together. Combining mythology and fiction, Aisha Bushby takes the reader on an extraordinary adventure around this vividly imagined version of the Middle East.

Sarah Levison, Fiction Senior Editor, said: ‘I am so delighted to be acquiring two more middle-grade books from rising-star author Aisha Bushby. Aisha’s writing totally takes your breath away – it has huge amounts of heart, soul, emotion and imagination, and she creates characters and worlds that are vivid and unique. Readers are in for a treat as they embark on these wonder-filled adventures!’

Aisha Bushby said: ‘’I remember declaring at twelve that I would write a fantasy series, and I’m thrilled to be able to do this as my next project with Egmont! Rachael’s illustrations are stunning – the characters jump off the page. I can’t wait to share The Sahar Peninsula with readers.‘

Aisha Bushby is a writer who combines heartbreaking emotional stories and unforgettable characters with a sprinkling of magic. She was selected as one of only four previously unpublished authors in the Stripes anthology, A Change is Gonna Come, alongside writers such as Patrice Lawrence, Tanya Byrne and Nikesh Shukla. The anthology was awarded a YA Book Prize Special Achievement Award. Her debut novel, A Pocketful of Stars (2019), has been longlisted for the CILIP Carnegie Medal and the Branford Boase Award and described as ‘poignant and atmospheric’ by The Guardian. Her second novel, Moonchild: Voyage of the Lost and Found (2020) is a magical fantasy adventure inspired by Arabian Nights. You can follow her on Twitter @aishabushby.

Rachael Dean is a rising-star illustrator with over 34,000 followers on Instagram and book projects with Puffin (The Puffin Book of Big Dreams, May 2020) and Chickenhouse (The Faraway Truth, March 2020). Moonchild: Voyage of the Lost and Found is Rachael’s first fully illustrated black-and-white fiction title.

Moonchild: Voyage of the Lost and Found publishes 6th August 2020 in paperback, priced £6.99 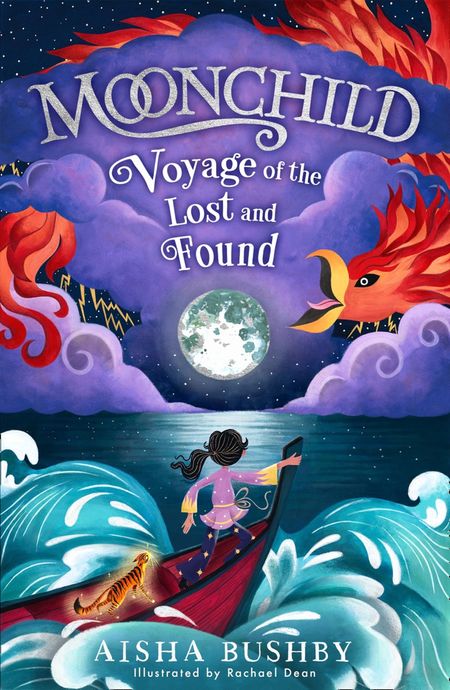 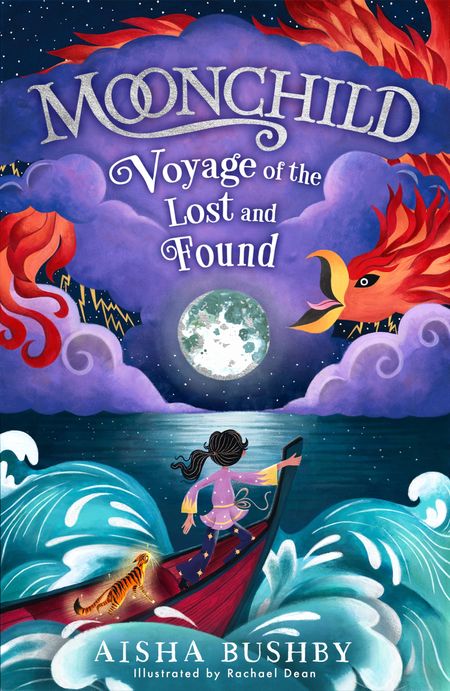 A unique collaboration between Egmont Books and artists’ collective East Cliff Creatives, plus our authors, illustrators, schools, parents and children – to celebrate the power and magic of reading. Whilst the New Year has started eventfully for all of us, 2021 will be a particularly important year for us at… Read More