Barry Loser and the birthday billions shortlisted for the Lollies 2018!

Egmont are delighted to announce that Barry Loser and the birthday billions has been shortlisted for the Lollies 2018!

The amazekeel Barry Loser and the birthday billions by Jim Smith is one of the brilliant books selected for this year’s Laugh Out Loud Book Awards, also known as the Lollies.

After reading all the books separately, the judges met for a shortlisting day in May, where they decided on the final Lollies shortlist together. The longlist was cut down to just four books per age range, with a final twelve-book shortlist.

Barry Loser and the birthday billions is on the 6-8 years shortlist along with The Big, Fat, Totally Bonkers Diary of Pig by Emer Stamp, There’s a Werewolf in My Tent! by Pamela Butchart, and The Pudding Problem by Joe Berger.

Voting for the Lollies 2018 is now open to the public. Teachers and grown-ups can vote on behalf of children in their class, library or at home, via the Scholastic website.

Children can vote themselves using the PopJam app.

The winner will be announced in January 2019. Get voting now for the book that made you LOL the most in 2018 on the Lollies website.

In January 2017, Jim Smith was revealed as winner of the 6-8 category in the Lollies 2017 with his brilliant Egmont book Future Ratboy and the Invasion of the Nom Noms. 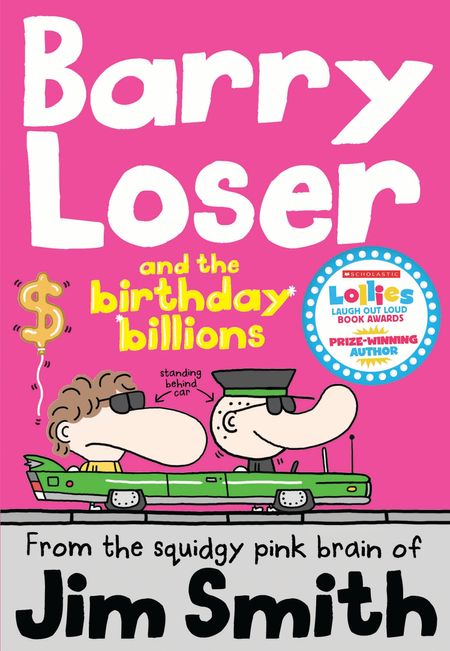