Join author and illustrator Laura Ellen Anderson as she reads a fun extract from Amelia Fang and the Memory Thief.

Amelia Fang and the Memory Thief is the third and latest book in the Amelia Fang series, publishing on 04 October 2018.

Listen along as Laura Ellen Anderson reads Prince Tangine’s My Life in Song, his musically inspired school presentation that provides a handy recap of the spook-tacular events of books one and two.

Amelia and her friends are taking part in a competition to visit Pumpkin Paradise Park – the most bloodcurdingly brilliant theme park ever! All they have to do is sell as many cookies as possible.

But the creatures of Nocturnia has begun to act very strangely. No one can seem to remember anything – including their own names or even Amelia’s big birthnight party!

Where have everyone’s memories gone? And how can Amelia save them when they have all forgotten who she is?

Amelia Fang is perfect for readers of 7+ and fans of Witch Wars, The Worst Witch and Isadora Moon

When she’s not trying to take over the world or fighting sock-stealing monsters, Laura Ellen Anderson is a professional children’s book author & illustrator, with an increasing addiction to coffee. She spends every waking hour creating and drawing, and would quite like to live on the moon when humans finally make it possible.

Laura is the creator of Evil Emperor Penguin and illustrator of Witch Wars, as well as many other children’s books. Amelia Fang is her first series as author-illustrator. 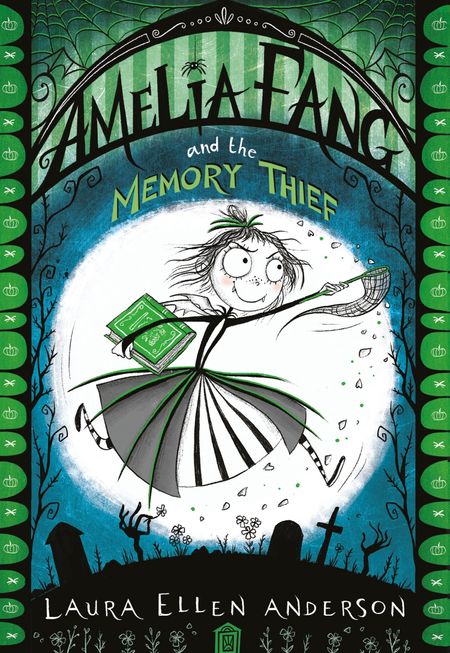